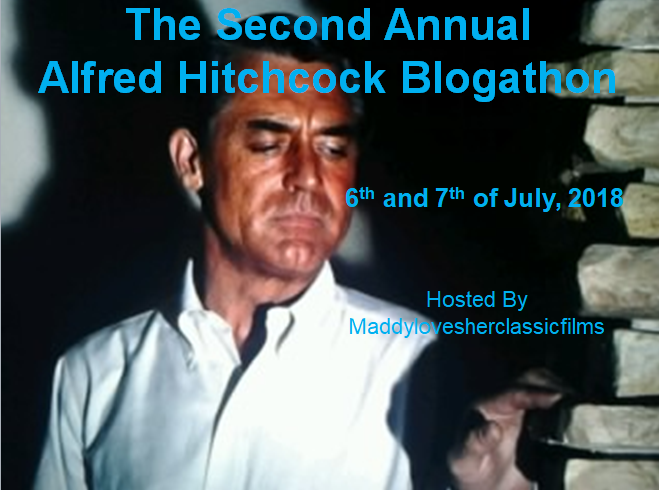 The Wrong Man is based on the true story of Christopher Emmanuel “Manny” Balestrero (Henry Fonda), who was arrested in 1953 after being mistaken for an armed robber. Like in the other Henry Fonda film 12 Angry Men, The Wrong Man is also an examination of the flaws in human cognition – in this case, the issue of faulty eyewitness testimony. However, this isn’t actually Fonda’s first film on the subject matter. Previously he starred in 1939’s Let Us Live, another film about a man who is falsely arrested due to poor eyewitness testimony. Both films differ greatly in their plot structure and characters but surprisingly the one thing they share in common other than the subject matter and the lead actor is interestingly enough, an emphasis on Catholicism. It remains to be seen however if Alfred Hitchcock looked at Let Us Live as a source of inspiration for The Wrong Man.

The Wrong Man is absent of any Alfred Hitchcock or Hollywood artifice but rather the movie has that European, neo-realism feel. A film which really captures the urban landscape in all its glory which is only enhanced more by the sounds of the city and the jazz music score; a hallmark which really characterises noir in this period with films such as The Sweet Smell of Success. Likewise, the film has several shots really worth examining from Fonda walking through the doorway of his house and closing a door we the viewer never see to the zoom through the open slit in the prison door onto Fonda and then back out again.

The Wrong Man has no witty dialogue or Roger O’Thornhill style adventures to capture the real culprits. Rather Hitchcock creates something which is oppressively real. A story which really gets under your skin, questions your faith in the criminal justice system, arises your inner skeptic and makes you ask: what if this happened to me? The Wrong Man does as effective a job as possible in both showing and making us feel the degradation Manny Balesterero goes through. In my mind there existed the doubt that Manny really did commit the crime but such a crazy plot twist never comes to fruition.

During the scene early in the film in which Manny visits the Insurance Company Office and the woman at the booth goes over to her work colleagues and asks them to look at the man standing over there in which they all agree he is the man who robbed them months earlier is an example of what we would now refer to as confirmation bias. It this scene an unintentional representation of this or did Hitchcock have knowledge of this phenomenon (the term itself wasn’t coined until 1960).

Some of the elements of the criminal procedure shown in The Wrong Man would not be permissible today; subjects being arrested without being given the Miranda Rights or informed of the crime they are suspected off, interviews being conducted without a written or taped recording being kept, two witnesses allowed to be present together during an identification parade. Manny is even denied the formality of letting his wife know where he’s going despite literally being in the house he is right outside off: would that even have been allowed at the time? Likewise, notice how the friendly cops keep referring to Manny as Chris. The name on his license if Christopher Emmanual Balestrero thus they assume he is called Chris. – The Wrong Man is full of little details like this.

On a lighter note though, what is up with the Balestrero’s two kids?  “We ought to get two music lessons today because we didn’t get any yesterday” – You’re father was just in prison yesterday child, cut him some slack. Likewise in another scene on the kids answers the phone and just puts it down and when his mother asks who it was he just says “it was some man, he didn’t say” – stupid kids.

When Manny is at the police station being questioned by two cops he is made to write down on a piece of paper the words from a note the robber had written himself. The results show that Manny’s handwriting is similar to that found on the note (although the cops don’t hold this against him as they state people tend to write in a similar manner when using upper case) but also that Manny misspells the word “drawer” as “draw” in the same manner that the criminal did on the original note. Surely this is a flawed piece of evidence? Firstly a real criminal could take advantage of the situation and alter his handwriting. Secondly, the officer reading out the note to Manny has a heavy accent and made his pronunciation sound like “draw” not to mention the actual note he is reading from says “draw” and not “drawer” which could have affected his pronunciation a very subtle, subconscious way. Not to mention there is something very suspicious about the way the two cops handle the notes as they hand them back and forth between each other.

The courtroom scene in The Wrong Man is itself chilling. People are chatting, walking in and out, bored, dozing off, the jury is disinterested and Manny’s lawyer appears to just ask the witnesses stupid questions which lead nowhere. Manny’s entire future is on the line yet nobody seems to care. Regardless the real criminal gets caught and Balestrero is acquitted. However, the Fonda “lookalike” does not resemble Fonda and looks far more thuggish other than having the same face shape and cheekbones (in the real-life case Balestrero and the actual criminal looked far more alike). The last appearance of those two smarmy women who first identified Manny at the police station, making no apology to Manny when they see him after his exoneration for all that has happened to him and his family. I always had a bad feeling about them since their very first appearance.