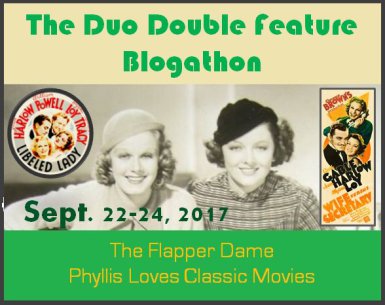 Flying Down To Rio

Only Angels Have Wings is the culmination of the 1930’s aviation pictures (and boy there were a lot of them), helmed by director Howard Hawks who previously directed The Dawn Patrol and Ceiling Zero and even features the casting of Richard Barthelmess, star of such flying pictures The Dawn Patrol, The Last Flight and Central Airport. With World War II on the horizon this genre would never be the same again. Like in The Dawn Patrol, the pilots in Only Angels Have Wings have methods of dealing with reality as the film really examines the psychology of early aviators and the danger they went through to get the job done; Hawks called Only Angels Have Wings the truest film he ever made. Why do flyers do what they do? As Kid (Thomas Mitchell) puts it, “I couldn’t give you an answer that’d make sense”.

The first 30 minutes of the movie takes place in real time in what is my favourite section of the film in which a whole host of emotions are presented with a short period of time; a real piece of film magic. As we are introduced to the cast and become attached to pilot Joe Souther (Noah Beery Jr.) as he and his buddy become friends with an American tourist Bonnie Lee (Jean Arthur) only for him to be killed in a flying accidents moments later when he’s called on short notice to deliver mail. Death is such a normal occurrence that the squadron leader Geoff (Cary Grant) has no problem eating the steak ordered by Joe prior to his death only moments ago while the pilots even sarcastically ask each other “who’s Joe?” when Bonnie questions them on their ability to carry on like nothing happened; a denial of reality in order to deal with reality. Just how healthy is that? Well as Bonnie puts it, “All my life I’ve hated funerals, the fuss and bother never brings anyone back, just spoils remembering them as they really are”. This 30-minute section of the film successfully goes from one emotion to the polar opposite from joy to tragedy and back to joy again. I still, however, can’t find myself fully engaging in the joy of Jean Arthur and Cary Grant playing the piano knowing one of their flying comrades just died a horrible death. Likewise, at the beginning of the film, we also see an interesting method of getting free drinks from a bar if you’re friendly with the owner; I must try that one out sometime.

Jean Arthur’s role of Bonnie Lee, a lone adventuress from Brooklyn is a change of pace for the actress as she leaves her usual urban dwellings. Arthur differs from other Hawksain women due to her absence of sex appeal, she’s simply not that kind of an actress but rather more inherently innocent and sweet hearted. Hawks wanted Arthur to play Bonnie subtly sexy way with Arthur stating, “I can’t do that kind of stuff”. The scene in which she invades Geoff’s room in order to take a bath was never going to be Clark Gable or Jean Harlow in Red Dust with Arthur playing the role, resulting in a scene which is playful without being flirty of sexual. Just listen to her as speaks of how “It’s so cold and rainy outside and nice and warm and cosy in here” – it couldn’t be delivered in a more innocent manner. I feel Jean Arthur represents the way young boys will innocently feel about women before hitting puberty.

I feel the rest of the film doesn’t reach the emotional heights which the first forty minutes accomplished partially due to the lack of the Jean Arthur touch with her being absent for lengthy portions of the film but it is still blessed with a great cast of players. Cary Grant plays a Clark Gable type role, a no-nonsense leader under extraneous pressure in the part of Geoff Carter while silent era star Richard Barthelmess uses his greatly expressive face which carries the baggage of his character. Plus what’s a Hollywood movie from the 30’s without a central to east European comic relief character in the form of Sig Ruman. The one cast member who doesn’t do anything for me is Rita Hayworth whom I’ve never particularly been a big fan off but there is still the bizarre amusement of Grant pouring water over her hair.

Only Angels Have Wings even opens up the potential to be The Wages of Fear of the air when Barthelmess is required to transport nitroglycerine by plane but the movie doesn’t take this far creating a missed opportunity. Regardless the aerial footage of the plans is an impressive sight with long uncut shots as the camera moves along with the aircraft. The film doesn’t identify what country the story takes place, however, I like when classic films leave details like that ambiguous; let your imagination fill in the blanks.