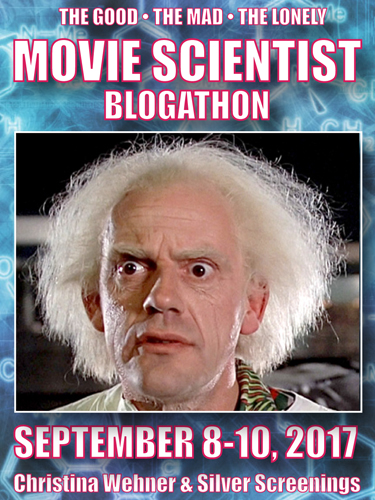 Director Peter Bogdanovich knows his classic Hollywood with his films being a mixture of new Hollywood meets old Hollywood. What’s Up Doc shows it was still possible to make a screwball comedy even in a contemporary 70’s setting with actors nowhere near as glamorous or good looking as the stars of the golden age. Regardless, the energy, the chemistry and the feeling of classic screwball comedy is present in this Bringing Up Baby inspired farce. Like in Bringing Up Baby a stuffy gentleman is harassed by a woman who has a defiance against the natural order of things and simply won’t get out of his life despite his best efforts. Plus I would love to see someone create a diagram explaining the journeys of the four plaid suitcases featured in the movie.

What’s Up Doc was the first film I saw Barbra Streisand in and this is possibly the shallowest thing I’ll ever say in a review but for the longest time, I avoided watching any film of hers because of how unattractive she looks. Yet when watching her I was pleased to discover she has enough on-screen charisma and likeability that when watching her in action I’m not bothered by that, how do I put it nicely, not so attractive facial features of hers.

Streisand and Ryan O’Neal manage to cross the fine line that they remind you of Cary Grant and Katharine Hepburn in Bringing Up Baby but they aren’t imitating them as they bring their own something to the roles. Streisand as Judy Maxwell is the one member of the cast who can talk at the machine gun rate of classic screwball actors plus something about her personality really projects a Carole Lombard dynamic. Ryan O’Neal as the musicologist Howard Bannister, on the other hand, is far nerdier and emasculated than Cary Grant ever was in Bringing Up Baby. The terms he throws around such as Pre-Palaeozoic Tambulu rocks are all legit terms unlike the fictional “intercostal clavicle” from Bringing Up Baby. Likewise, the time period allows for more racy content, I don’t think 1930’s censors would have allowed for a shirtless Cary Grant wearing a bow tie.

Close to stealing the show however among the cast of live-action cartoon characters is Madeline Kahn as the comedic greatness that is Eunice Burns. As Bogdanovich himself states, Kahn was someone who was funny without being aware of it. Her comic voice can make even the most mundane of lines amusing not to mention does there exist a more comically drab name than Eunice? Above all has there ever existed any romantic attraction between Eunice and her fiancée Howard? What if anything do these two see in each other? The scene however which makes me laugh the most is the sequence in which Howard must hide Judy in his hotel room from an always angry Eunice which leads to the eventual destruction of the hotel room. It’s the most classic, straightforward, slapstick 101 set up and I don’t think I’ve seen it executed as perfectly as it is here.

Few other films take more advantage of their location than San Francisco in What’s Up Doc? It’s not hard to see why it’s a filmmaking favourite as seen in films such as Vertigo or Bullet. The filmmakers definitely enunciate those San Francisco hills with characters struggling to get up them as well as taking full advantage of the city to deliver one of the greatest car chases in film history. The most important requisite for a great car chase or action sequence in general which most modern films don’t understand is that it’s largely about feeling the weight and physicality on screen along with every beautiful sound effect of car tyres screeching and engines revving (here you can actually see the damage caused to public steps in San Francisco). Everything you see on screen is real, making it all the more thrilling knowing that stuntmen are in actual danger. On top of being an edge of your seat spectacle, I rank it the second funniest action sequence ever committed to film (the final car chase in The Blues Brothers still ranks supreme for me). It has the cartoon clichés you would expect brought into live action including men carrying a glass plane across a road as well as the chases going through a Chinatown parade. The chase even goes through Lombard Street, the so-called most crooked street in the world, and seeing multiple cars drive through it in pursuit of each other is a very humorous sight.