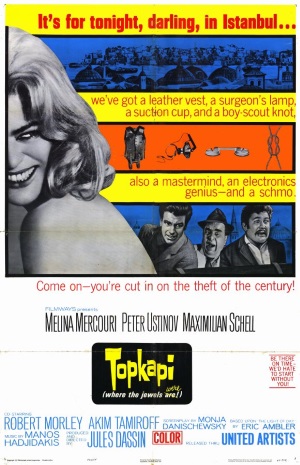 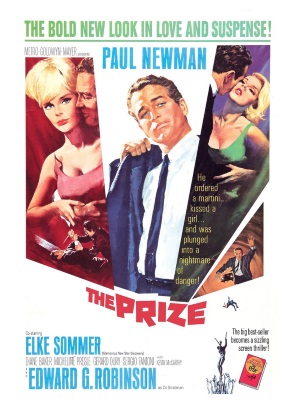 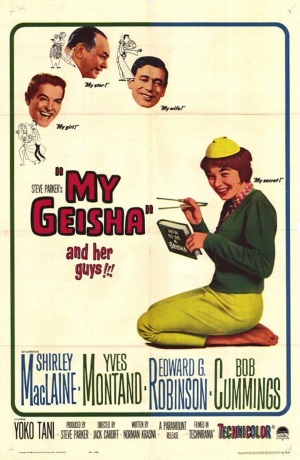 Westerns have never been a favourite genre of mine unless one is really exceptional or unique. So it should come as no surprise what ends up becoming my favourite John Wayne movie was his foray into Cary Grant-esque style comedy, something much more up my alley.

The Duke isn’t a favourite actor of mine yet I’ve always found to be strangely charismatic and engaging; although coming from Ireland, John Wayne is the one classic actor most people have not only heard off but have seen a movie from. Trouble Along The Way shows he was capable of a larger range than he’s given credit for although judging from the movie’s success audiences much preferred seeing him doing his usual stick of westerns and war movies. It’s apparent the studio must have put a lot into this movie hoping for it to be a big success, employing a top director and top cast, plus it feels like this role was written for Wayne. Despite the film being a chance of pace for him, the role still feels like a very John Wayne character; very American, very macho and very much an individualist.

The movie’s plot revolves around two things I’m not a fan off, sports and religion. I am informed the subplot involving the economics of college football (not to be confused with the sport of soccer, which in Europe is also called football, go figure) is more relevant today in a world where the financing of college athletics has gone out of control than it was in 1953. As for religion, although I am an atheist and staunchly anti-religious I can still enjoy movies about religion. Trouble Along The Way manages to express religious themes but never feels like I’m being preached towards. The movie even takes advantage of its religious based plot with some great religious jokes (“Couldn’t have booked one Protestant school for a breather”).

Charles Coburn’s role as Father Burke is an archetypal representation of Catholic clergy in old Hollywood films as an entirely trustworthy figure of respect such as Spencer Tracy in Boy’s Town and Pat O’Brien in Angels With Dirty Faces. This being an attempt to appease the legion of decency; have a film condemned by the legion and you lose out on box office intake. I’ve always found this representation of clergy in classic Hollywood films fascinating as it provides a complete contrast to the media reports of today of priests molesting young boys. Trouble Along The Way provides Coburn with one of his best roles and a showcase as to why he’s one of Hollywood’s finest character actors.

You can believe Wayne’s daughter played by Sherry Jackson really would be the daughter of a John Wayne character. Most movie kids get on my nerves, so whenever one does manage to impress me I have to give a special shout-out. I just wish Donna Reed could have had more screen time. In fact, my reason for watching this film was my enjoying of the other Wayne-Reed pairing They Were Expendable. Her character could easily have been a real “love to hate” role as a heartless social worker but brings sympathy to the role partially due to the character’s surprising backstory.

The other thing I must address which makes me wonder if John Wayne had much input into the film’s production is the speech Charles Coburn gives at the end of the film in which he discusses Steve’s unethical practices when assembling a football team in which Coburn states “He did it in his way, perhaps the only way”. Accompany this with the statement Steve makes when he’s been caught out that “I don’t regret what I did” makes me ask the question is this in any way referencing (and possibly defending) Wayne’s then-recent involvement in the Hollywood Blacklist, or am I just looking into it too much?

From the outset I was expecting Trouble Along The Way to be some light, enjoyable fare; but to my surprise, it proved to be a film with deep and complex story and characters. At nearly two hours it may seem lengthy for a comedy but the length is justified as there is so much going in the plot but never feels overbearing. The film is brave enough to leave questions unanswered. It’s not a depressing ending but unlike other light-hearted Hollywood films of the time, it doesn’t wrap everything in a neat bow. At the end of the film, the main characters have to learn to let go of something important in their lives. It’s disheartening seeing Sherry being taken away from her loving father to live with her mother and having to drop her tomboyish lifestyle in order to be integrated with other kids her age, but I guess the movie is just telling us that life is tough and you don’t always get what you want.