The Greatest Story Ever Told

Reviewing the might that is Star Wars; part of me wonders if there is even any point. You know that cliché review term “what can I say about this movie that hasn’t been said before?” Should I pretend its 1977 and I’m just back from the movie theatre – if only I could have experienced it firsthand. With the hype underway for the upcoming The Force Awakens, I’ve been rekindling my love for Star Wars (the good trilogy, not the crummy one) so allow me to be the zillionth person to give their own perspective on Star Wars. Before I had ever even seen Star Wars I felt like I had watched it before. You could probably recreate the film from the parodies it has received. It’s hard not to get caught up in a five-hour conversation about these movies and talking in depth about every single frame. From the archetypes, the plot structure, the glorified B movie tropes and the inspirations coming from the Bible to ancient mythology to westerns to Japanese Samurai films; Star Wars is the story of stories.

I can’t help by getting tearful over the beauty of the original trilogy; whether it’s the introduction of Luke Skywalker to the achingly beautiful John William’s score, or Luke and Leia’s scene in which they try to get away from oncoming Star Troopers by swinging on a rope over a drop – but not before she kisses him – such a classic image taken from any swashbuckler. The sights and sounds of lasers blasting or dogfights in space have an aesthetic and a charm which I could never tire from. What makes the Star Wars universe feel so human? There is advanced technology but it feels used and it doesn’t always function properly. Also, I’ll say it now and I’ll say it again: CGI isn’t anything on practical effects. Part of me doesn’t want to know how they did these effects just to be kept alive the thought of “how did they do that?!” I can still enjoy the special editions despite the changes (it would take a lot more CGI to entirely ruin a film like this), yet the original theatrical versions do have a charming, 70’s hokeyness (particularly during the Mos Eisley scenes and the final assault on the Death Star), which the special editions take away.

What imagination or imaginations can come up with something so wonderful, which raises the question of just how much of genius within Star Wars can be actually credited to George Lucas? Is the guy an untalented hack who got lucky by being surrounded by talented people? It’s disheartening to think the man may never have been the genius we all thought he once was making the man as much of an enigma as the fictional universe he came up with.

Is Mark Hamill’s performance in the original Star Wars the greatest? No, but I feel it works in the trilogy’s favour as his performances in Empire and Jedi are much improved just like how the character of Luke matured and even within the original Star Wars by itself, I do get a sense of enjoyment from how charmingly amateurish Hamill’s performance is. Alec Guinness as Obi-Wan, however, is by far the most tender performance ever given by an actor in a Star Wars film; the comforting mentor and father figure who is wise without any pretension. Also what gives C-3P0 and R2-D2 such a great dynamic? They’re both robots and one is essentially a talking fax machine, either way, best robot chemistry ever.

But If I’m going to really talk about one Star Wars characters it’s Han Solo as played by the greatest of all time, Harrison Ford. Simply put Han Solo is my favourite movie character of all time; the cinematic embodiment of masculinity and individuality. He’s badass, cocky, funny, has a legendary vest, is the most handsome man ever and every word of dialogue he utters I would frame and hang on my wall. Yes, he is God himself.

The other thing I love about Star Wars which like many things was sorely missed in the prequels is the entourage of British actors. To me Star Wars isn’t Star Wars without an imperial star destroyer on which every commander on board has a sinister English accent. Even the presence of Peter Cushing as Grand Moff Tarkin I feel elevates Episode IV over other films in the saga.

The confrontation between Obi-wan and Darth Vader still remains my lightsaber duel in the series. Two old men, minimal movement, no music, choreography as basic as it gets, yet it is infinitely more emotional and substantial than Ewan McGregor and Hayden Christensen doing somersaults inside a volcano for five hours.

Star Wars changed cinema, pop culture and the world as we know it for a reason. Something which has brought joy and happiness to myself and millions around the world (as well as much anger and despair). Many film snobs will dismiss Star Wars as the film which ruined cinema helping bring about the end of the New Hollywood era which it total tosh. I could go on and on and on with this review, adding more to it like Lucas likes to add changes to his already existing films but I feel the best way to review what Is one of the most talked-about films of all time I too try and convey the sense of emotion and euphoria I get from watching such a film. 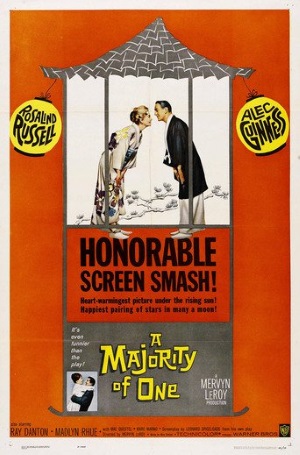 Love’s Struggle Throughout the Ages

Should an actors’ race limit the roles they can portray on the basis that they are not of that race? Isn’t this essentially a racist argument and an ethno-nationalist one at that? To state that a white actor playing a non-white character is offensive is then one is stating they are offended on the basis of race – this is racist. To state a white actor playing a non-white character is offensive to a culture is to say that culture is tied to race. – This is essentially the argument the alt-right makes. If culture is what matters and race is irrelevant then an actor playing a character of another race should also be irrelevant. There is also the double standard at play in which for a non-white actor to be cast in a role or as a character originally conceived as white it will be viewed as forward-thinking and progressive; for a white actor to be cast in a non-white role then it is considered racist? The only question that should matter is does an actor of one race convincingly play a character of another race? I could write a whole article on this but as I’ve addressed the crux of the matter, let’s talk about A Majority of One.

I’ve never seen another love story like A Majority of One. A story of two elderly individuals who are worlds apart having to overcome their prejudice, as well as being one of the few films in existence about love at old age. These imperfect and flawed characters feel so real and human and while two and a half hours may seem overlong, I believe this time is justified. – I wish more films could have the level of honest storytelling on display here.

Many reviewers can’t buy into Alec Guinness in the role of Japanese businessman Mr. Koichi Asano, but not this viewer – I thought Guinness was marvelous. His character is flawed, he’s not the stereotypical wise old Asian man who is full of otherworldly knowledge which he easily could have been; he makes mistakes and doesn’t have the answers to everything. Unlike many Asian characters in Hollywood films before, he doesn’t talk in broken English or exhibit any other commonly seen Asian stereotypes. Compared to Japanese stereotypes seen in World War II propaganda films 20 years earlier, A Majority of One was certainly a sign of progress.

Rosalind Russell plays a potentially unlikable bigoted character as Bertha Jacoby but she manages to make the role endearing with her lovable nature and witty comebacks. I didn’t see her character as an exaggerated stereotype. I’ve seen far more exaggerated representations of Jews in other films (do I even need to list examples?). Her character has led an ingrown life in Brooklyn, however, the movie shows the younger generation of her daughter and son in law holding more progressive views and are less conservative than their elders, and more argumentative at that. The film also has the greatness that is Eddie (Marc Marno). A whiny little brat but in a funny way who is comically Japanese but not in a disrespectful way, such as when he insists on watching sumo wrestling in the middle of a family crisis. – I love this guy.

A Majority of One highlights westernised trends in Japan such as Alec Guinness wearing a western flat cap to the popularity of American music and Hollywood movies (and Robert Taylor in particular) in Japan, while still acknowledging the anti American sentiment which exists in Japan (“Many people in my country hate the Americans unreasonably because of the war”). This scene in which Asano attempts to bond with Jacoby after their awkward first encounter shows the lack of logic in hating a country based on the actions of its government. Jacoby tells Asano that her son died in battle “All because you [Japan] and Mr. Hitler wanted to rule the world” and Asano responds “My wife and I did not so wish Mrs. Jacoby…what most of us wished for was a happy and peaceful existence”. – The government is not the people.